Short-term rental platforms such as Airbnb lead to local rental price effects on the Cologne housing market. Researchers at the iwp have studied the impact of short-term rentals on the housing market in Cologne and point out that a registration process could make an important contribution to improving the transparency of the market structure. 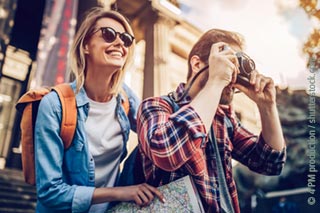 As in many other major cities in Germany, the pressure on the housing market in Cologne has been steadily increasing over the past 10 years. The vacancy rate is falling continously, while asking rents are experiencing sharp price increases. Against this backdrop, the influence on the housing market of rapidly growing short-term rental (STR) platforms such as Airbnb is the subject of controversial debate. Tenants' associations as well as local politicians fear that short-term rentals will further reduce the housing shortage, causing a further increase in rents.

The research team Felix Mindl and Dr. Oliver Arentz from the Institute for Economic Policy at the University of Cologne (iwp), in cooperation with the City of Cologne, have investigated the impact of short-term rentals on the Cologne housing market. They plead for a differentiated view.

In their current discussion paper, the researchers argue that the distribution of KZVM offers is strongly concentrated in a few city districts and that it is therefore necessary to examine rental price effects locally. Furthermore, they emphasize that it is important to distinguish the offerings according to their degree of professionalization. While a large proportion of hosts can be considered home sharers, one finds an increasing proportion of providers who have developed a professional business model from short-term rentals. Professional STR-offers are available to tourists throughout the year and thus compete directly with long-term tenants, for whom the rooms are then no longer available.

Looking at the overall housing market, the share of professional STR accommodations is low. If one considers the strong concentration on the inner city or on trendy districts such as Ehrenfeld, a greater relevance of STRs emerges. In the fourth quarter of 2018, for example, there were more than three times as many professional STRs in Südstadt than apartments offered for long-term rent.

For Felix Mindl and Oliver Arentz these observations give reason to believe that STR offerings contribute to housing shortages and hence increase rent prices. In an econometric regression analysis, they show that 14.2 % of overall rent increases for the affected apartments within the study period can be attributed to short-term rentals. This corresponds to 4.6 percentage points of the 32.4 % overall rent increase over two and a half years. In 2015, the average asking rent for these apartments was €580 per month. This results in a rent increase of around €27 per month or €320 per year for new tenants, which can causally be linked to STR offers.

These are important results for the political evaluation of Airbnb and Co. For the further development of the regulatory framework, one should weigh all effects of short-term rentals. Such a weighing needs a minimum of transparency. The authors therefore consider the introduction of a registration procedure, as currently discussed in the context of the draft law on a strengthened housing sector, to be a useful measure.

For Felix Mindl and Oliver Arentz, the results are of great importance with regard to the political evaluation of Airbnb and Co. For the further development of the regulatory framework, all effects of short-term rentals should be weighed and such a weighing needs a minimum of transparency. The two WiSo researchers therefore consider the introduction of a registration procedure, as is currently being discussed within the framework of the draft law to strengthen the housing sector, to be a useful measure.