Quasi-experimental economic study by Wiso-Professor Emanuel Hansen: Early contact restrictions and school closures prevented over 80 per cent of COVID-19 infections and over 60 per cent of deaths in Germany within three weeks. 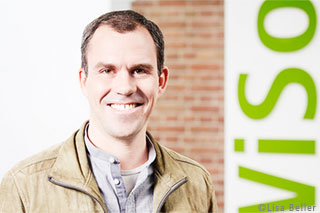 The measures adopted in mid-March 2020 to contain the COVID-19 pandemic both greatly reduced people’s mobility and effectively prevented the spread of COVID-19 in the following three weeks. That is the result of a recent study by an international team of economists led by Junior Professor Dr Emanuel Hansen from the Center for Macroeconomic Research of the University of Cologne’s Faculty of Management, Economics, and Social Sciences and Professor Dr Ulrich Glogowsky at Johannes Kepler University in Linz (Austria). The results demonstrate how important the early policy measures were for the further course of the coronavirus pandemic in Germany.

In the spring of 2020, the COVID-19 pandemic was spreading rapidly across Europe. After initial hesitation, in mid-March the German government and the Conference of Federal State Prime Ministers (Ministerpräsidentenkonferenz) decided in quick succession on a series of measures to restrict social contacts, including the closing of schools, childcare facilities, and shops. Even private meetings of people from different households were limited. German policy-makers thus implemented rapid and far-reaching contact restrictions. In the early stages of the first wave of the virus, masks were not yet mandatory. Neither vaccinations nor rapid tests were available. Within a few weeks, COVID-19 infections in the country declined sharply, causing contact restrictions to be gradually relaxed again beginning on 20 April 2020.

Despite the rapid decline in infections in Germany, the effectiveness of the contact restrictions has been disputed repeatedly, both by the public and by experts. In particular, it was argued that even without the enacted measures, the spread of the virus would have been curbed by automatic changes in people’s behaviour.

To answer this controversial question, the team of authors led by Junior Professor Dr Emanuel Hansen estimated the causal effect of the policy measures using detailed figures from the Robert Koch Institute as well as anonymized movement data from private mobile phone providers from the more than 400 German districts in a quasi-experimental analysis. The analysis exploits that the first COVID-19 infections occurred in some districts before the contact restrictions began, while in other districts they occurred much later. By comparing districts with early and late outbreaks, the researchers estimated how citizens’ behaviour and the infection rate would have evolved in Germany without social distancing measures. The causal effect of all measures thus corresponds to the difference between the inferred hypothetical development without social distancing and the actual development with contact restrictions in place.

Based on this analysis, the authors derived the following results: In a first step, based on the mobile phone data they found that the policies in fact reduced people’s spatial movements by an average of 30 per cent, as they were intended to do. In a second step, they found evidence of the effective containment of the pandemic: already within the first three weeks, contact restrictions in Germany prevented more than 80 per cent of COVID infections and more than 60 per cent of the deaths that would have followed. Put differently, the researchers estimate that there would have been about 500,000 additional infections and about 5,400 additional deaths without the German measures by early April alone. Further analysis shows that the contact restrictions have greatly slowed the rate of infections in all population groups. However, in the age group of over 60-year-olds, the containment rate was somewhat weaker than in younger people. The researchers see one plausible explanation for this in that the closing of schools and childcare facilities had a more direct and pronounced effect on children and their parents than on the generation of grandparents.

‘The results of our study show that the early measures to contain the COVID-19 pandemic in Germany were successful – contrary to repeated claims in parts of the public,’ Emanuel Hansen remarked. ‘Without these contact restrictions, Germany would probably have experienced an overload of the healthcare system, like some other European countries did.’ With no other tools available in the early stages of the pandemic like vaccination or rapid testing, there was no viable alternative, Hansen added, despite the economic and social costs of closing schools and businesses. The study focused exclusively on the first COVID-19 wave in Germany and does not allow conclusions on the effects of policies in later waves of the pandemic.

Junior Professor Dr Emanuel Hansen is a member of the UoC’s Faculty of Management, Economics, and Social Sciences, the Center for Macroeconomic Research (CMR) und the Center for Social and Economic Behavior (C-SEB).