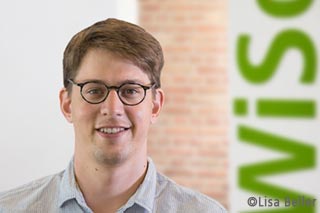 The expected number of participants at a rally is decisive for people’s willingness to participate in left-wing or right-wing political protest. Counter-demonstrations, on the other hand, do not motivate demonstrators to protest more strongly. That is the result of a study by an interdisciplinary team of political scientists and economists led by Professor Christopher Roth Professor of Economics and Management at the WiSo Faculty of the University of Cologne. The researchers thus refute the widespread assumption that opposing political groups incite each other at demonstrations.

Whenever right-wing or populist groups in Germany such as the so-called Querdenker (a mixed group critical of restrictions enacted in response to the Covid-19 pandemic), ‘Patriotic Europeans against the Islamization of the Occident’ (Pegida), or supporters of the party Alternative for Germany („Alternative für Deutschland“ - AfD) announce a demonstration, the opposing side quickly announces one as well. In this context, Christopher Roth, Anselm Hager, Johannes Hermle und Lukas Hensel were interested in the interaction between rally and counter-demonstration. Examining two demonstrations announced by the AfD and the corresponding counter-demonstrations, they investigated how demonstrators behaved in response to different levels of participation in their own and the opposing event.

The study was based on two rallies in May 2018 and 2019 with 30,000 and 5,000 demonstrators, respectively. To find out more about people's willingness to participate, the researchers recruited a total of 1,464 study participants using ads on Facebook based on political orientation and place of residence. They confronted respondents with different predictions about the number of participants in their demonstration and in the counter-demonstration and then asked them about their willingness to take part.

The team found that left-wing activists are 5.8 percentage points more likely to participate in the demonstration if they expect a high number of participants in their own group. For right-wing activists, the likelihood decreases by 6.1 percentage points with a larger number of demonstrators. Thus, the results show that they are more likely to take to the streets if they expect few participants from their own camp.

‘The results help to understand how fringe groups can also systematically gain power,’ said Professor Roth. The fact that low expected numbers of participants tend to spur supporters of right-wing groups to participate explains why fringe groups such as Pegida never completely die out.

Another reason for the differing results for the two groups could be that the left-wing activists have stronger networks and are more likely to enjoy the event. Accordingly, social motives and the ‘fun factor’ could also play a role in their willingness to demonstrate.  The number of people participating in the counter-demonstration did not play a role for either group.

The study will appear in the American Political Science Review and is part of a series of publications by Christopher Roth and his team on strategic interaction in political activism.

Planning of classroom teaching in the winter semester